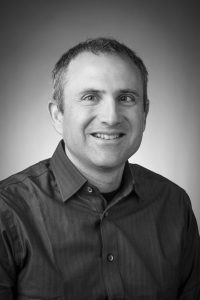 As a freshman at the University of Illinois Urbana-Champaign, I had the life-changing good fortune of reading Laurie Garrett’s newly released book ‘The Coming Plague.” I was captivated by the exploits of scientists learning about microbes and keeping people safe from infections. This motivated me to seek out undergraduate research opportunities and I was very lucky to be welcomed into the lab of Professor Richard Isaacson, studying hospital-acquired infections. Frankly, I was terrible at undergrad research. My only redeeming virtues were my persistence and enthusiasm.

Nonetheless, I enjoyed research and was accepted into a PhD program in Medical Microbiology and Immunology at the University of Wisconsin-Madison. HIV featured prominently in “The Coming Plague” and I discovered that UW-Madison had researchers studying HIV-specific immune responses. I did my PhD thesis work with Dr. David Watkins and discovered that T cell responses to the nonhuman primate version of HIV, simian immunodeficiency virus (SIV), select for viral variants that avoid immune recognition.

in 2005, I started my own laboratory at the University of Wisconsin-Madison. Initially I focused the laboratory on understanding the interactions between SIV and the immune response in a population of animals, Mauritian cynomolgus macaques, with limited genetic diversity. After receiving tenure, and the accompanying privilege of thinking more thematically about “big” research questions, I began considering the question of what viruses would emerge in the future to threaten human health as HIV did in the 20th century. We used what were, at the time, cutting-edge deep sequencing technologies to discover new viruses in African primates, some of which (e.g., simian pegivirus and simian arterivirus) we continue to study. At the same time, we broadened our international research collaborations with Uganda and Brazil, using deep sequencing technologies to make HIV drug resistance genotyping more sensitive and affordable. My interest in emerging viruses and our work in Brazil intersected in 2015 when we began studying Zika virus which had recently been detected in the Americas for the first time. We developed the first nonhuman primate model for Zika virus and fostered collaboration among other groups by sharing our data in real time.

In August 2018, I started a yearlong sabbatical at the Peter Doherty Institute for Infection and Immunity with my wife and fellow professor, Dr. Shelby O’Connor, and our son.

At the start of the COVID-19 pandemic, I pivoted my lab to contribute to the response to SARS-CoV-2 in Wisconsin. This has taken up a lot of my time in the ensuing two years. We applied our expertise sequencing viruses to sequence SARS-CoV-2 variants through time and space. From years of teaching about HIV prevention, we realized how important widespread and fast turnaround testing would become. We developed a mobile point-of care surveillance test and deployed it to schools and other settings in Madison. When antigen tests became available, I was a vocal advocate. Shelby and I taught more than 100 K-12 schools to run these tests in the spring of 2021 to protect their staff and students. As testing became more common, we changed our surveillance agenda to focus on environmental sampling: detecting and sequencing viruses out of air samples and wastewater.

When I am not running the lab, I enjoy playing and watching sports, wasting time reading on the internet, and traveling.